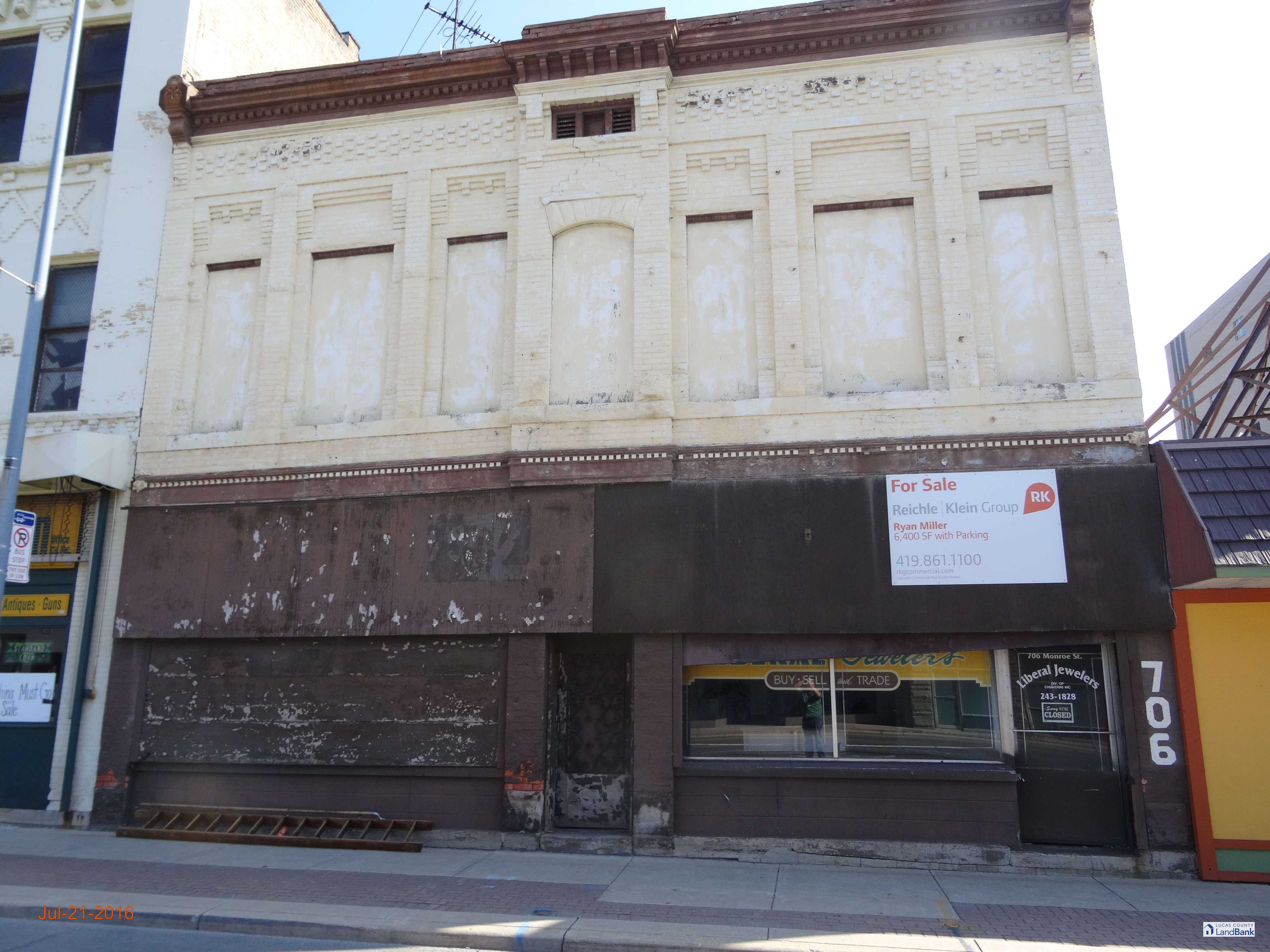 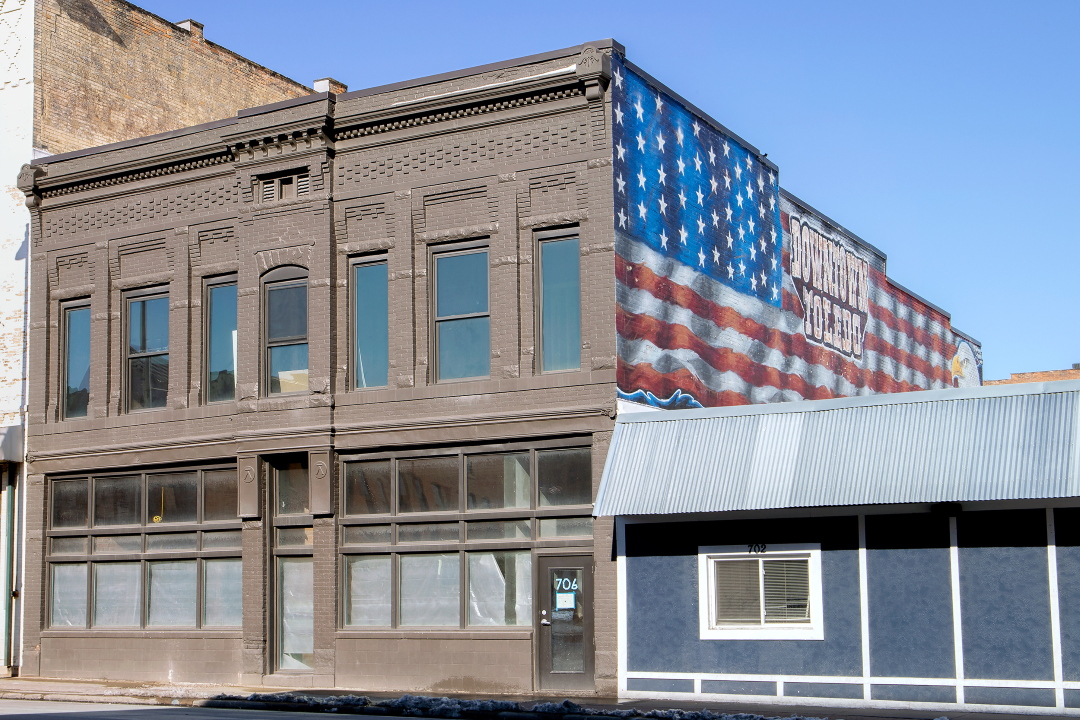 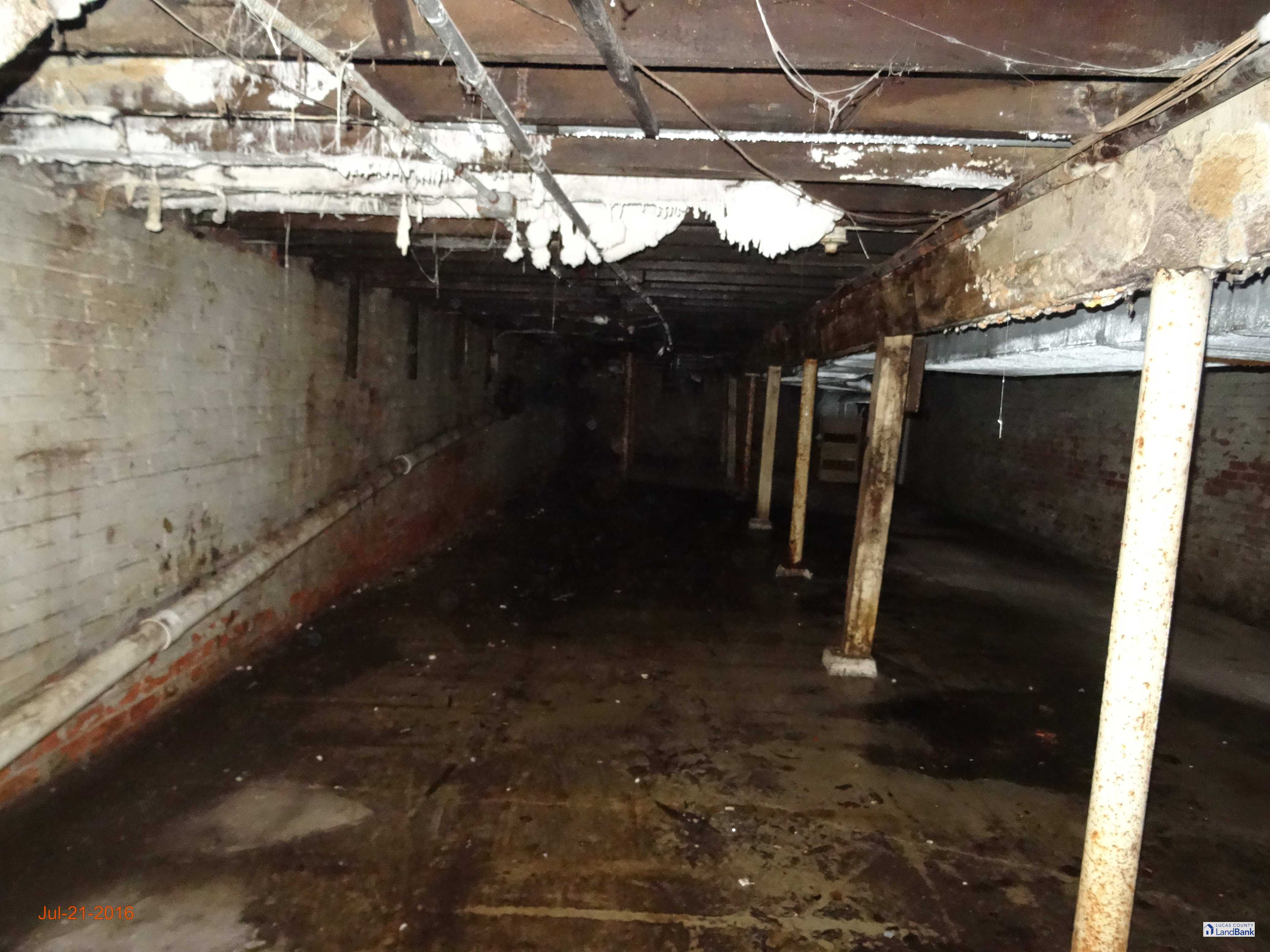 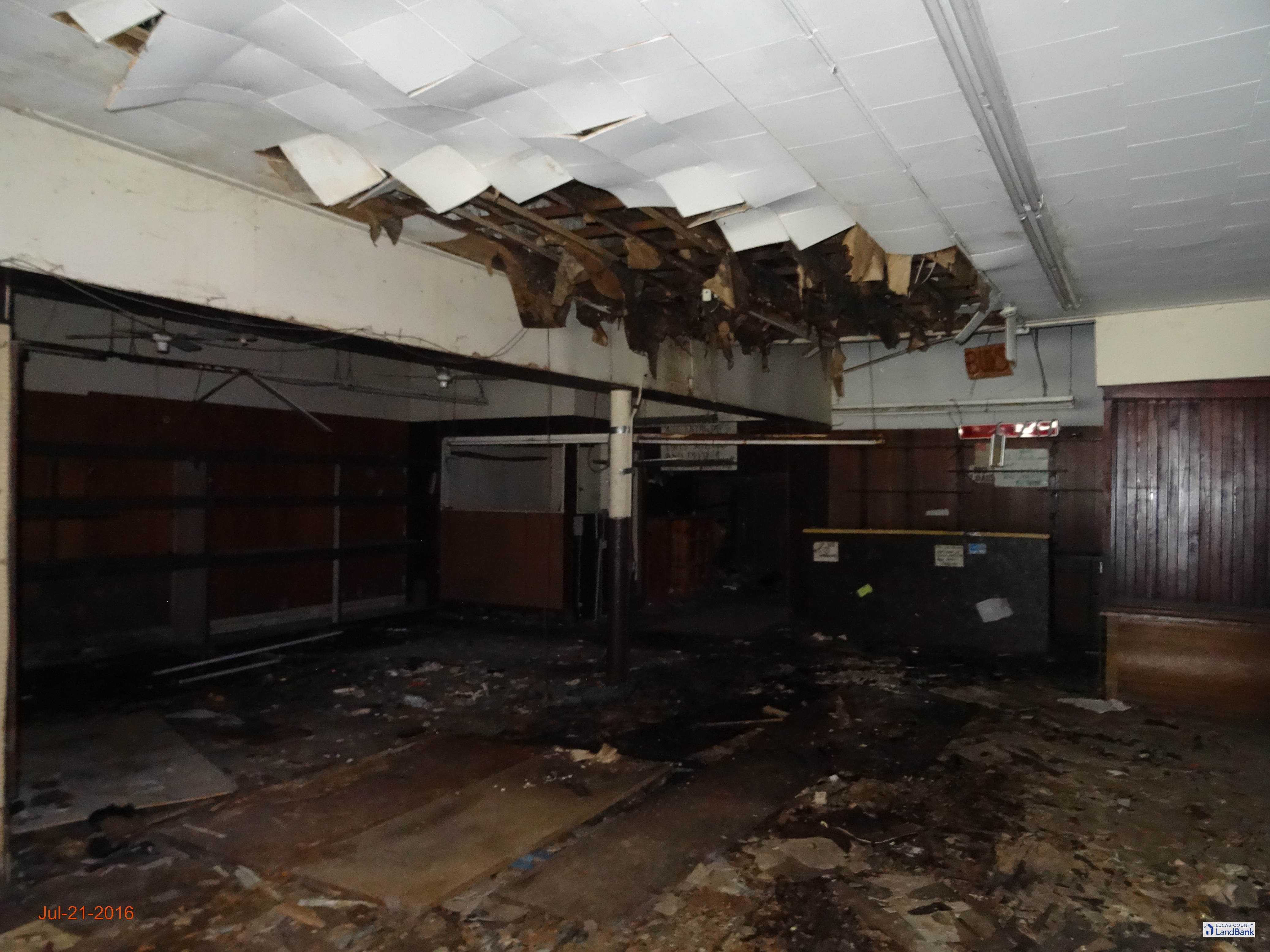 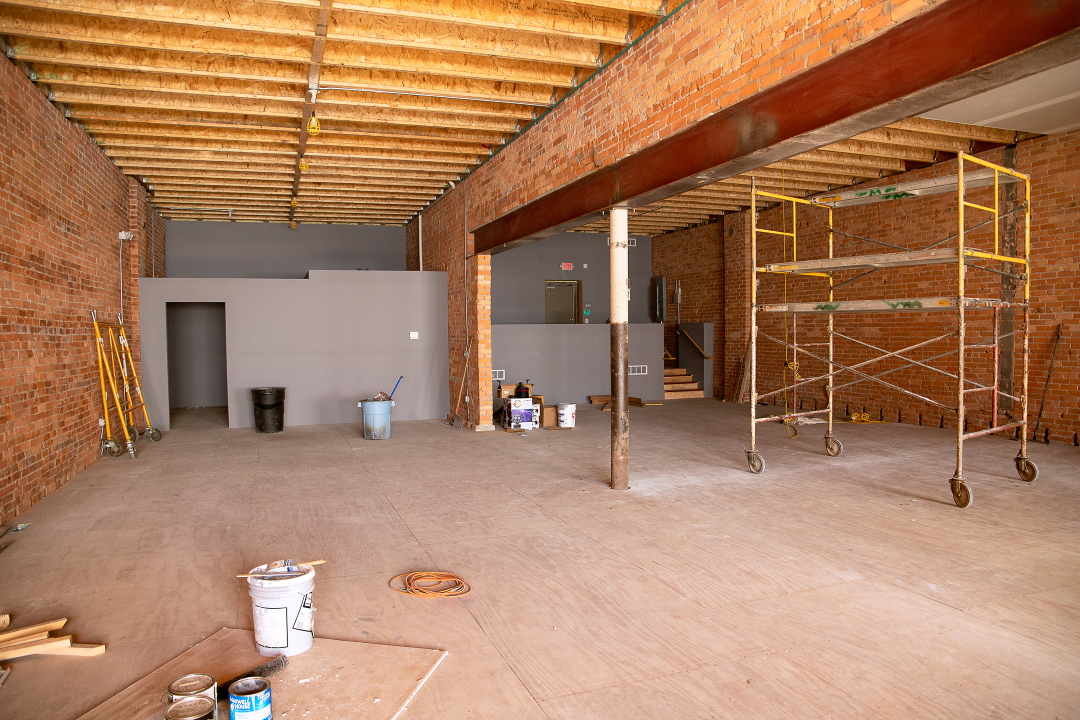 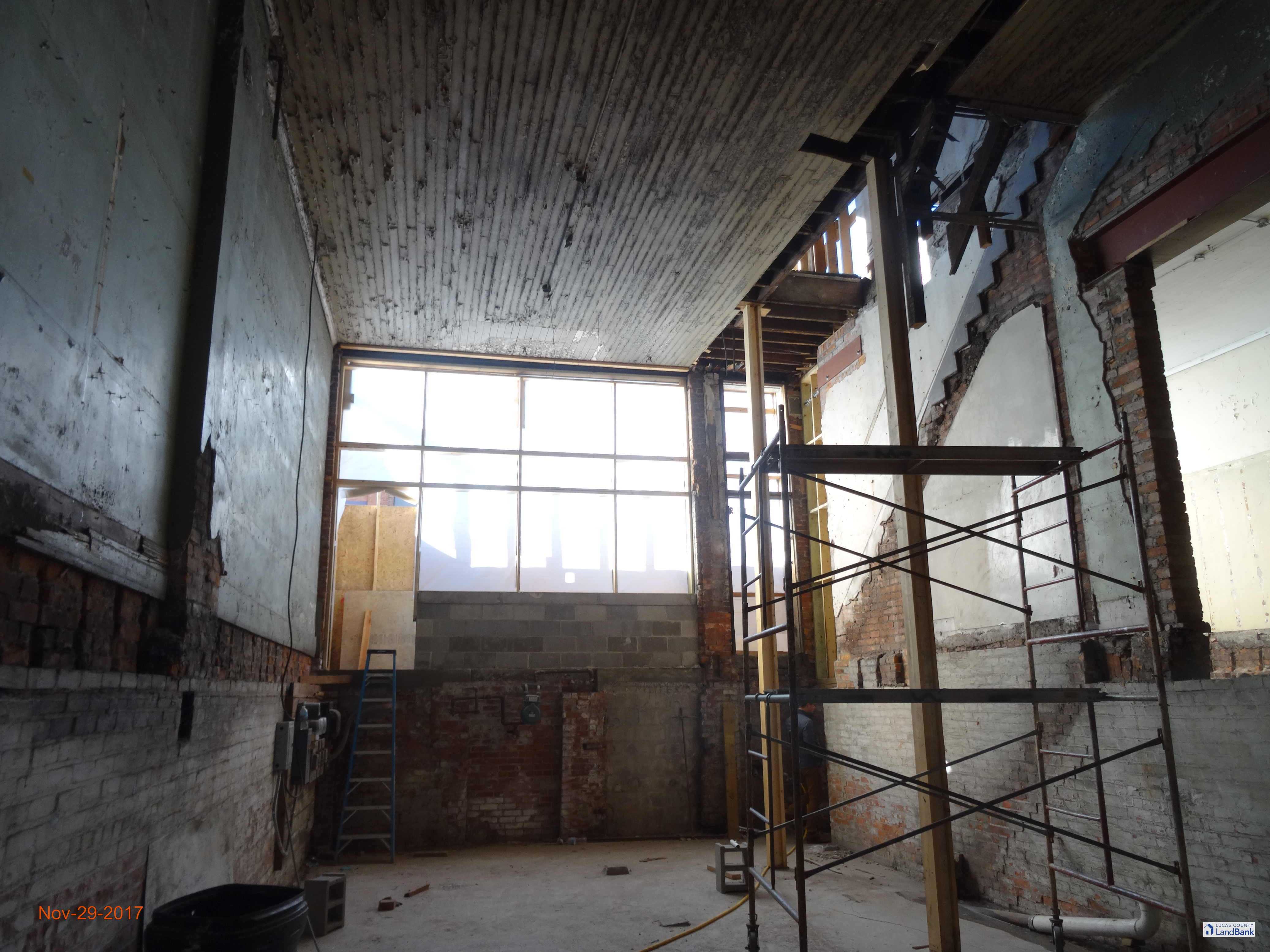 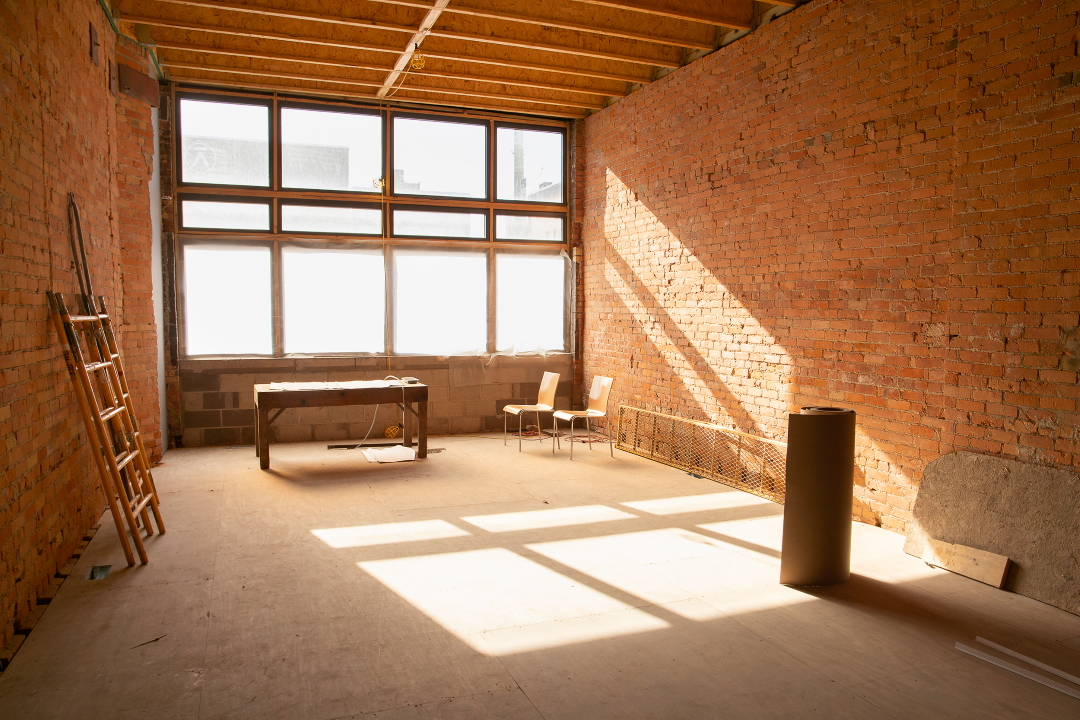 That's a question that can now be answered thanks to the Land Bank's partnership with Communica, a full service branding and advertising agency with its headquarters in downtown Toledo.

In 2013, the Land Bank acquired a commercial building at 706 Monroe Street following abandonment in tax foreclosure. It had been used as a pawn shop and warehouse in the past, and thousands of pounds of items were left inside. Junk and garbage were piled so high in some rooms that it seemed they were holding up the floors!

Even worse, the building's roof had leaked for years, causing water damage to the interior and ruining much of what was stored inside - including those previously mentioned rusted bicycles. After cleaning out the property and ensuring that the prior owner had access to these items, the Land Bank got to work to see what was possible next.

Communica was already a major presence in this part of downtown Toledo, with a headquarters on North Erie since 1990 and two other buildings nearby. So, it was a natural next step for the firm to grow its campus with 706 Monroe.

In 2016, they purchased the building from the Land Bank and set off to re-build it from the ground up.

According to Jeff Kimble, CEO of Communica, "the best part of any renovation process is when you start to see a vision come to life. Comparing it to what you started with is a pretty exhilarating feeling." And the worst part? Delays, structural surprises, and the COVID-19 pandemic round out his list.

"Everyone at the Land Bank has been flexible and eager to help when and if needed. Toledo is extremely fortunate to have an entity dedicated to helping improve our cities and region's neighborhoods," said Kimble.

Happily, the work is almost done. Communica plans to move their film, video, and photography studios into the first floor, giving them three times more space than they currently have across the street.

For a building built in 1877, almost 15 years before moving pictures were invented, what an exciting creative future!