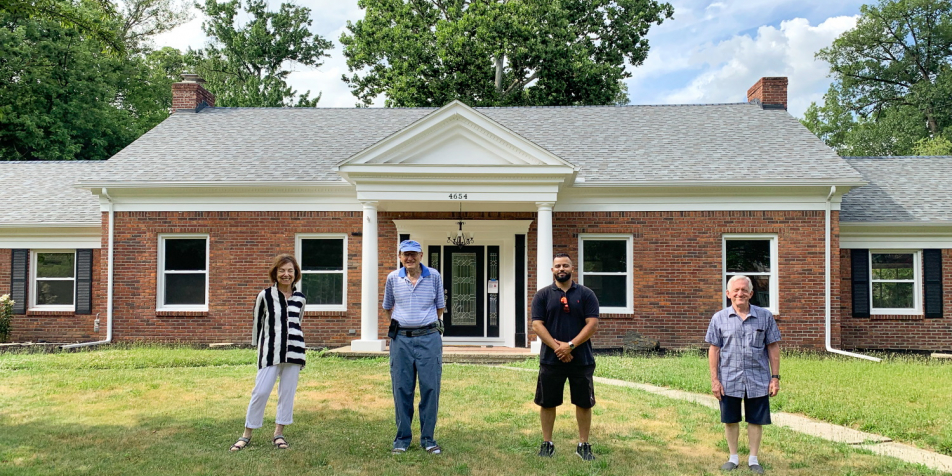 In a Corey Woods subdivision in Sylvania Township, one property stands out. If you're driving past Wildwood Metropark near Corey and Chapel, you can't miss it.

It's right on the corner.

For years, the residents in this tree-lined neighborhood saw little happening at the house. Once, neighbors allege the old roof was painted black - perhaps to make it look better, though not any more functional. But the grass wasn't cut enough, and the property taxes weren't paid either.

So it didn't come as a surprise when Lucas County began a tax foreclosure on the empty house in 2017. When the case concluded and the property was transferred to the Land Bank, it was the first glimpse of hope in years. Finally, maybe something good would happen.

But the former owner wouldn't give up. His company had racked up a tax bill of $45,000 over years without payment. Nevertheless, he asked three separate courts to excuse his neglect. The Lucas County Prosecutor's office fought back to defend the case, and the Land Bank intervened to safeguard the interests of the neighborhood. This complex matter was followed closely by our General Counsel Joshua Murnen, with help from Stephanie Shackelford, Anne Wistow, and Benjamin Fletcher too.

Happily, every court upheld the decision and allowed the Land Bank to find a new owner for the property.

The Land Bank began marketing the property with a local realtor, and Mr. Youssef had a chance to make an offer. He outlined a plan to replace the roof, repair dozens of windows, and make major updates to the kitchen and bathrooms. He had a track record of reselling properties to new homeowners successfully in Lucas County. His offer was quickly accepted.

And what a transformation he made! A high-profile problem turned into a wonderful new home under his stewardship. Soon, he'll close on the sale of the property to a new home owner and satisfy his obligations to the Land Bank.

Recently, neighbors Scott Hamner and Lynn & Frank Jacobs joined Mr. Youssef [pictured above] to see the transformation for themselves - while respecting social distance.

According to Mrs. Jacobs, "I think I can speak for all of us (neighbors) to say how pleased we are with the transformation of the 'former disaster' into a presentable property for sale. I want to congratulate the Land Bank on exceeding my expectations!"

When it mattered, the Land Bank was in this neighborhood's corner.

This story is the third in a series as we Countdown to 1500 and showcase some of the great people who are working with the Land Bank to transform their lives and their neighborhoods.

See the tranformation for yourself
© 2023 Lucas County Land Reutilization Corp.