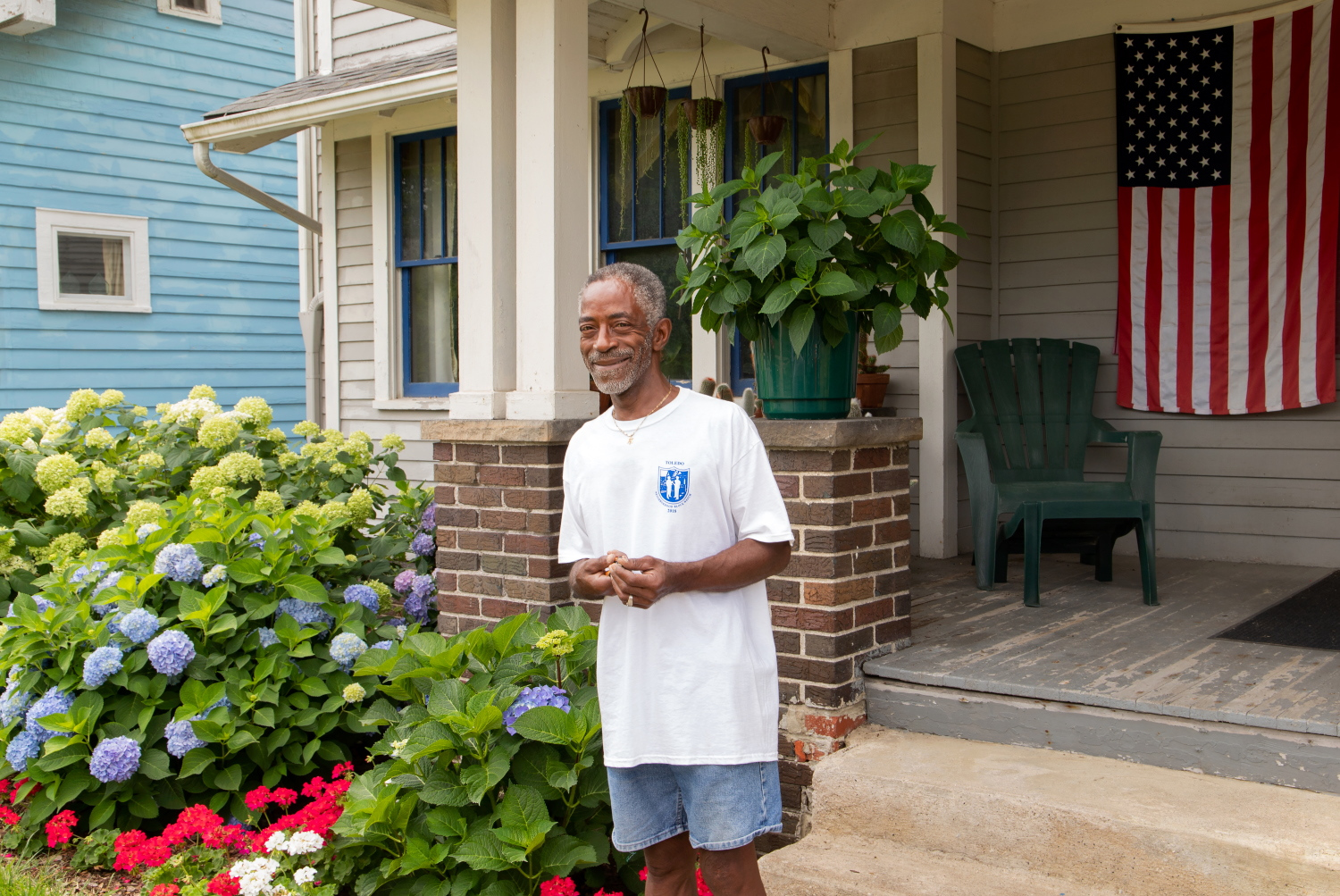 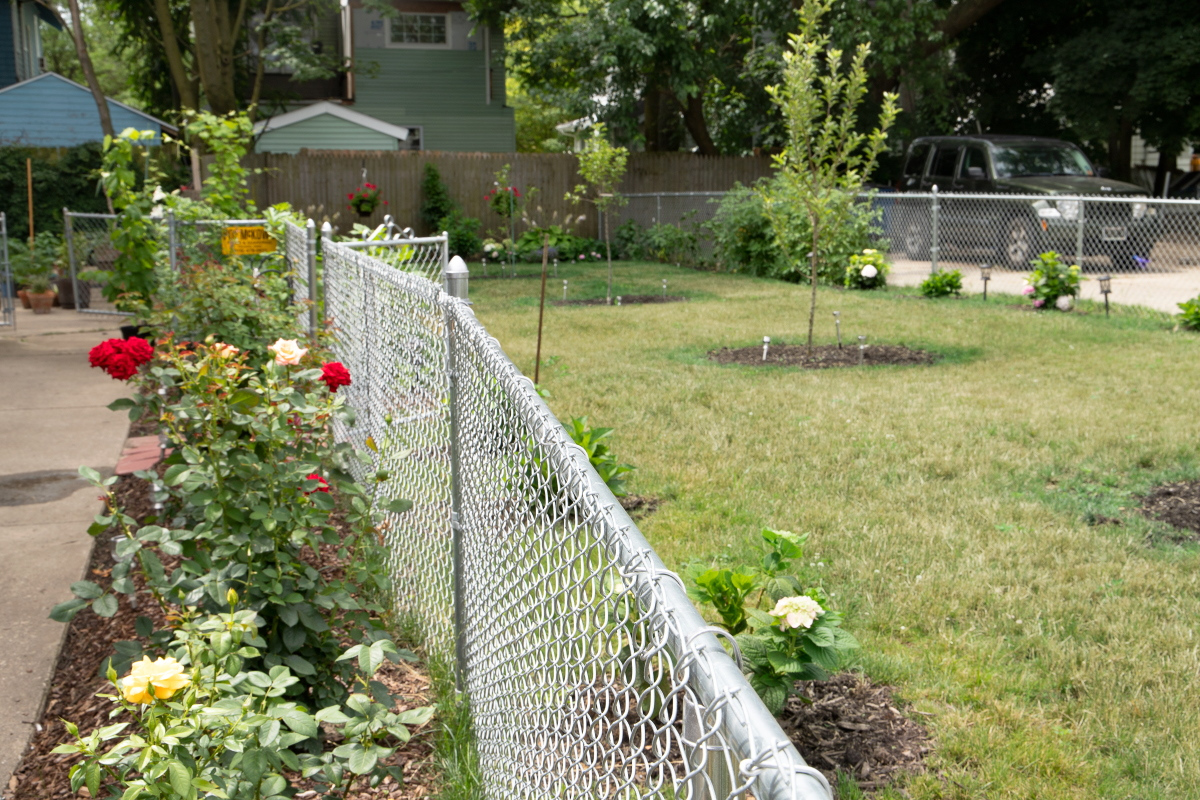 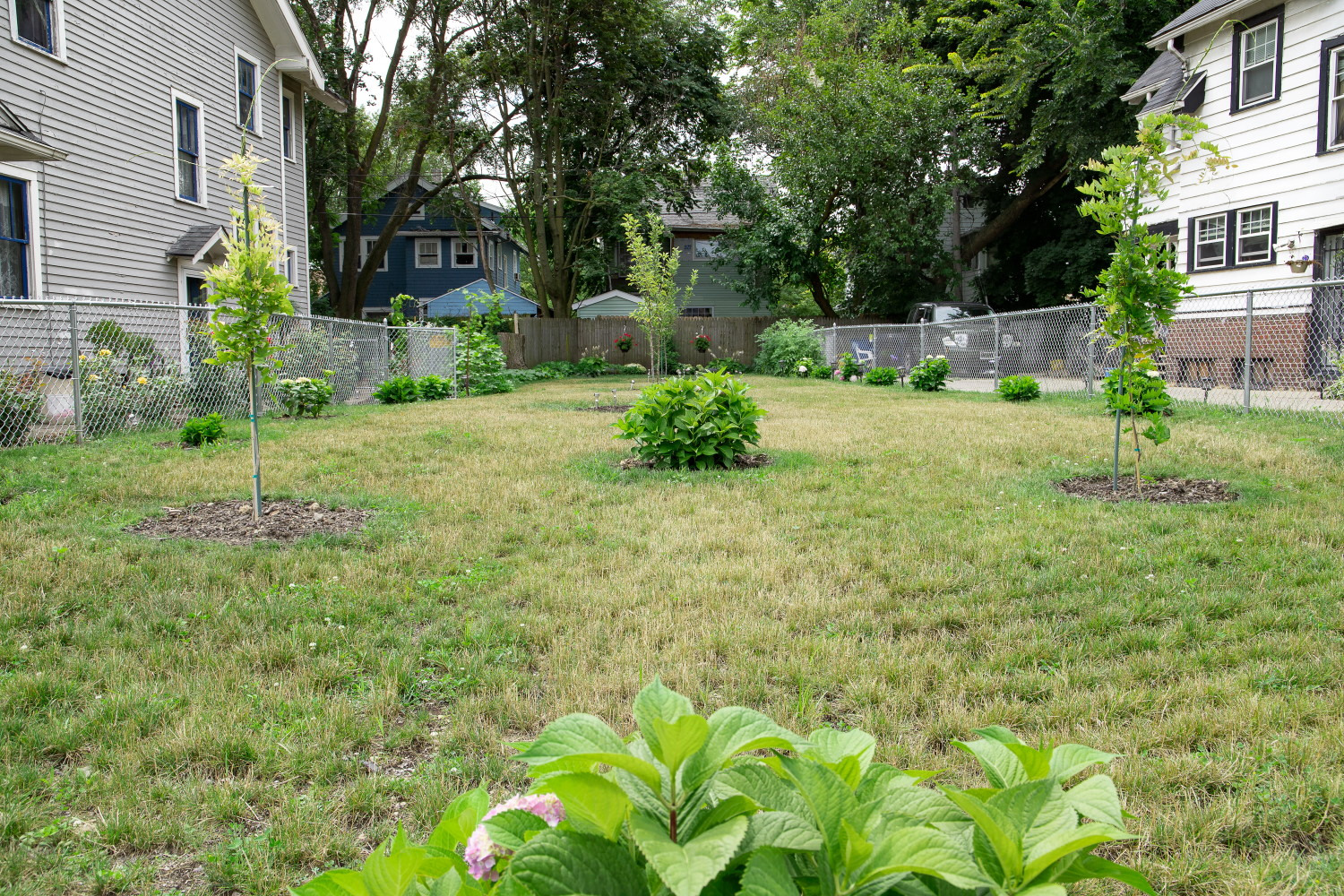 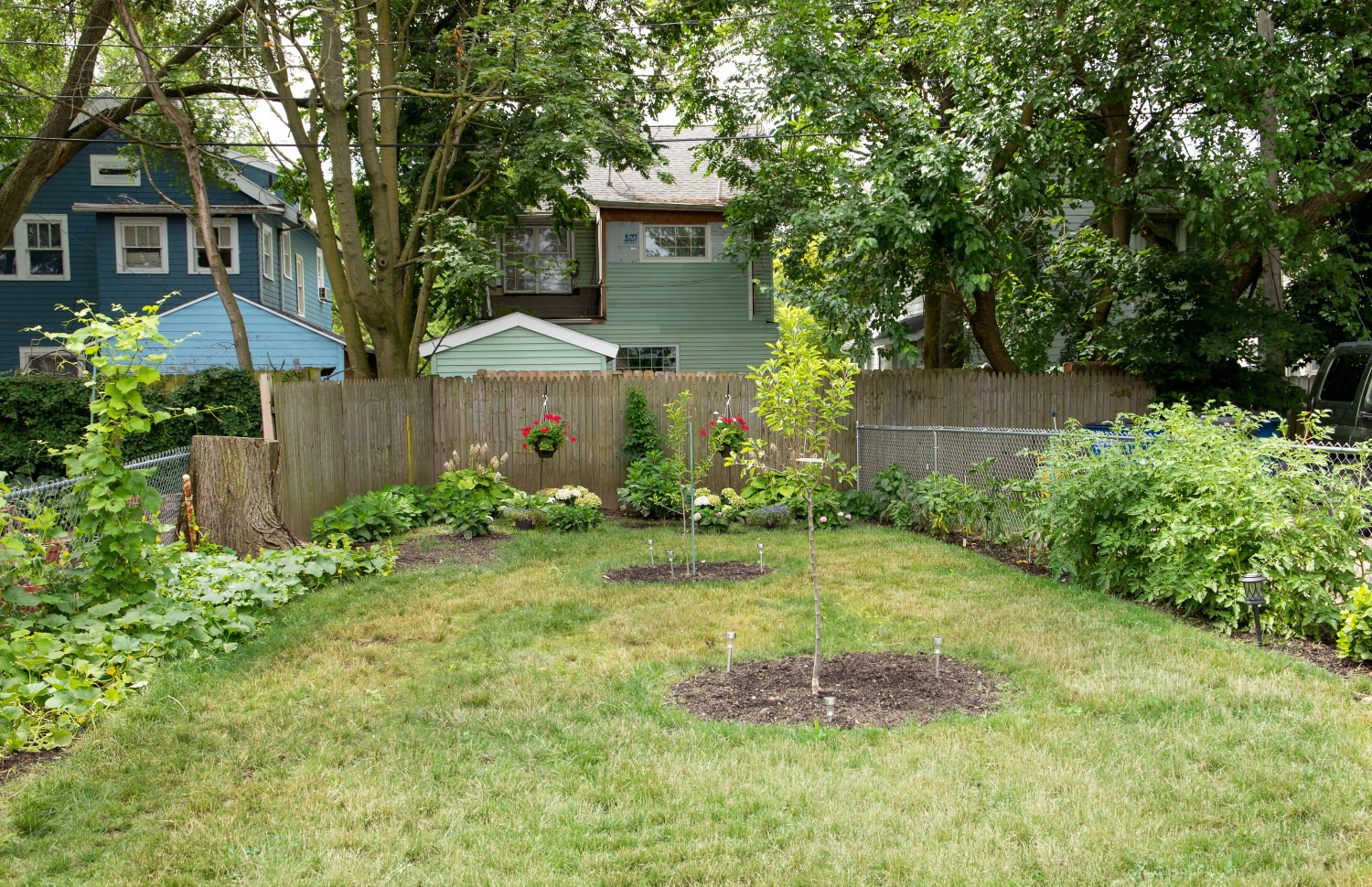 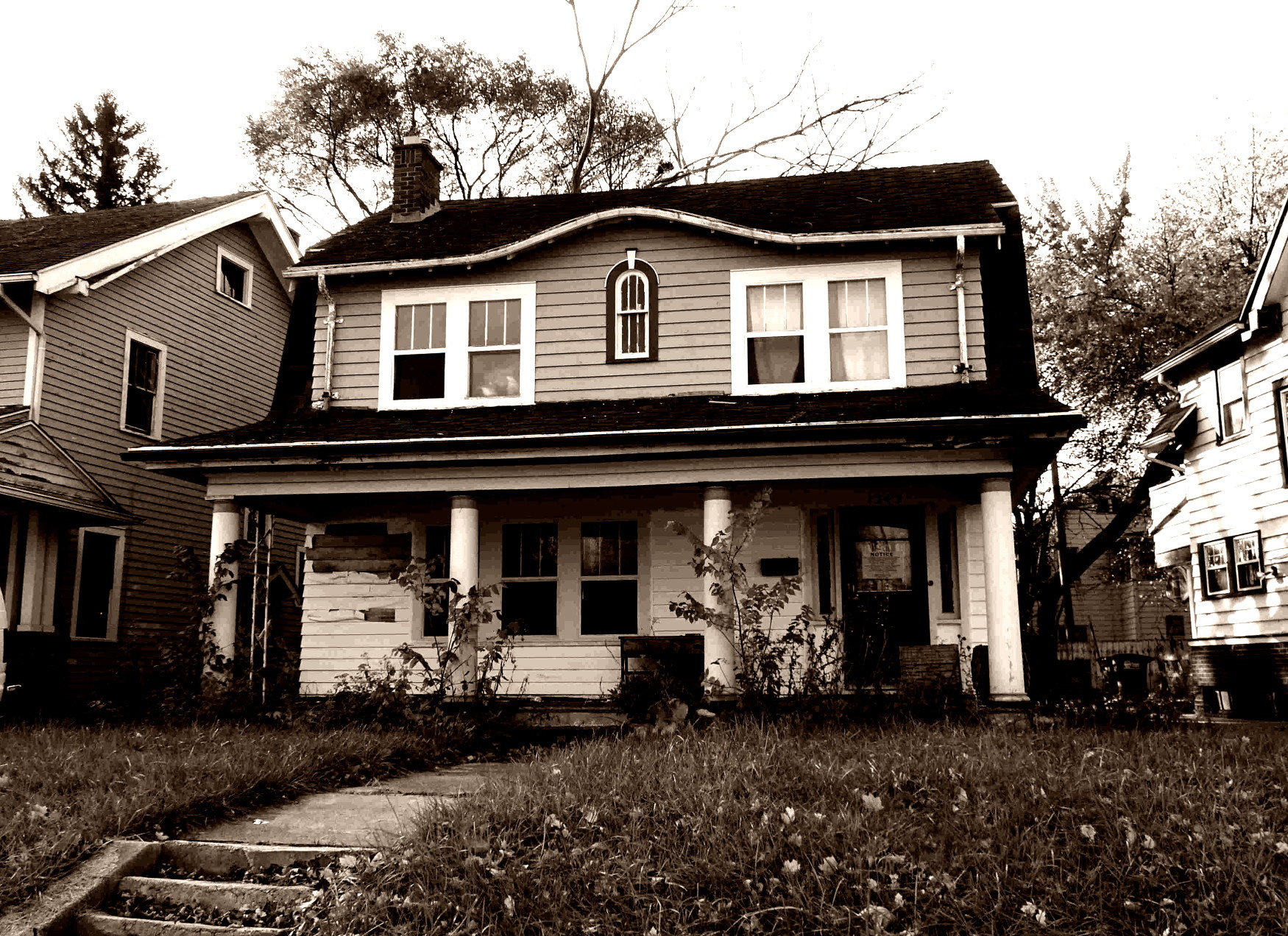 "We come from the earth. We return to the earth. And in between we garden."

Fletcher Richardson has owned his home on Thatcher Drive in the Auburndale neighborhood for 33 years this month. But after his neighbor passed away, the house next door started to fall apart. Eventually the taxes stopped being paid, the roof failed, and the Housing Court ordered it demolished.

At that point, he worried his block was in trouble. "My neighbors have lived here for as long as I have: 20, 30 years. Our neighborhood needs stability and improvement. We need to maintain our housing values," said Mr. Richardson in a recent interview at his home.

In 2018, the Land Bank stepped in. After taking control of the blighted home through tax foreclosure, it assessed its condition and confirmed that demolition was the only option. After the demolition was finished and a large dead maple tree was removed from the back yard in 2019, a whole new world opened up.

"At first, the worst part was the sun, because I realize now how hot this side of my house gets," he said.

But that sun was also perfect for Mr. Richardson's great passion - gardening. After the Land Bank installed a fence along the property boundary to keep cars from parking on the lot, he got to work.

He planted tomatoes, squashes, rose bushes, and apple trees. All of it complimenting the multi-colored hydrangeas and the cacti collection in his front yard. A true work of art!

"The neighbor next door was a teacher, so the apple trees are in her memory. When they start producing, I want to be able to share it. There's no way in the world that I can eat all of that up!"

Soon, Mr. Richardson will own the land himself after the side lot sale is complete. When asked how he would describe the Land Bank to his neighbors, Mr. Richardson made a special mention of Shantae Brownlee.

"I think the Land Bank is an asset in maintaining the stability of the neighborhoods. And you specifically, Ms. Brownlee, have been remarkable in making this a reality - you and that Man from above."

"It's sparked something inside of me to do more."

This story is the second in a series as we Countdown to 1500 and showcase some of the great people who are working with the Land Bank to transform their lives and their neighborhoods.