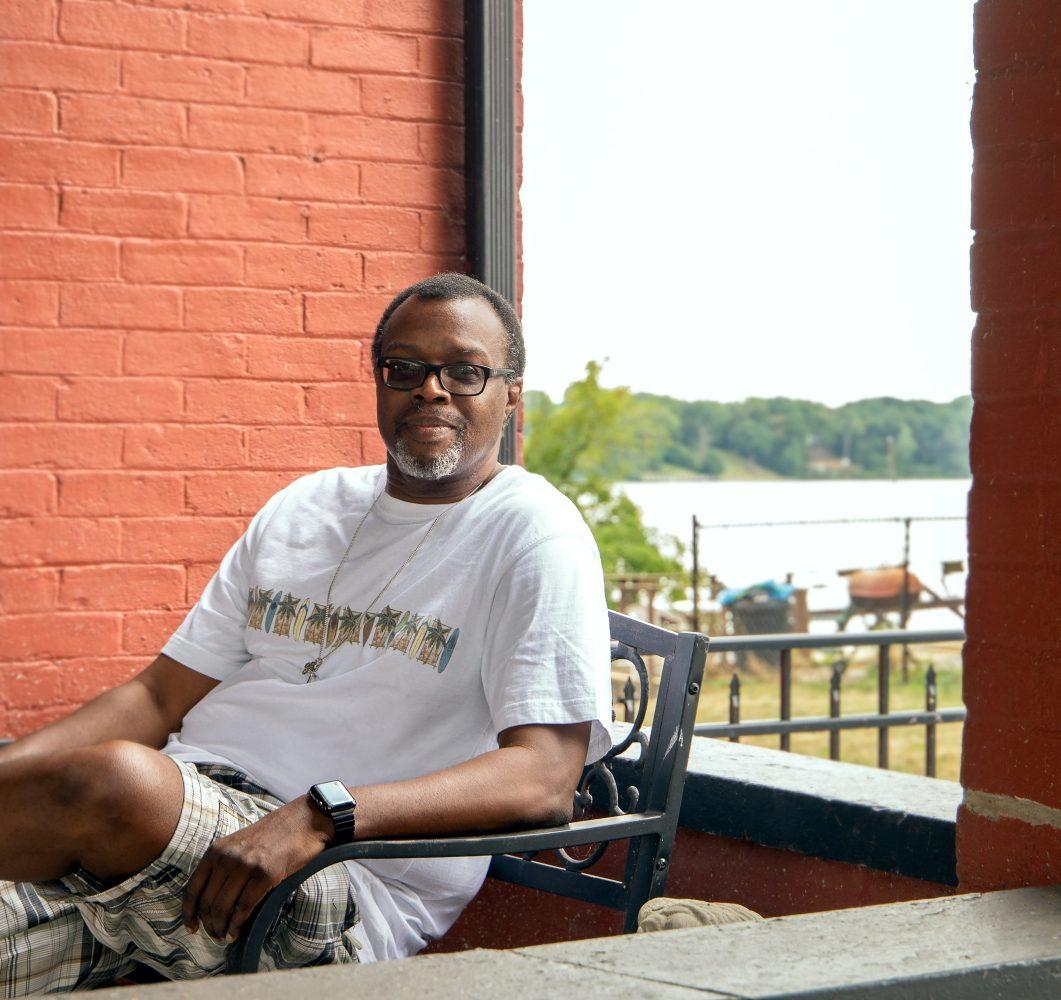 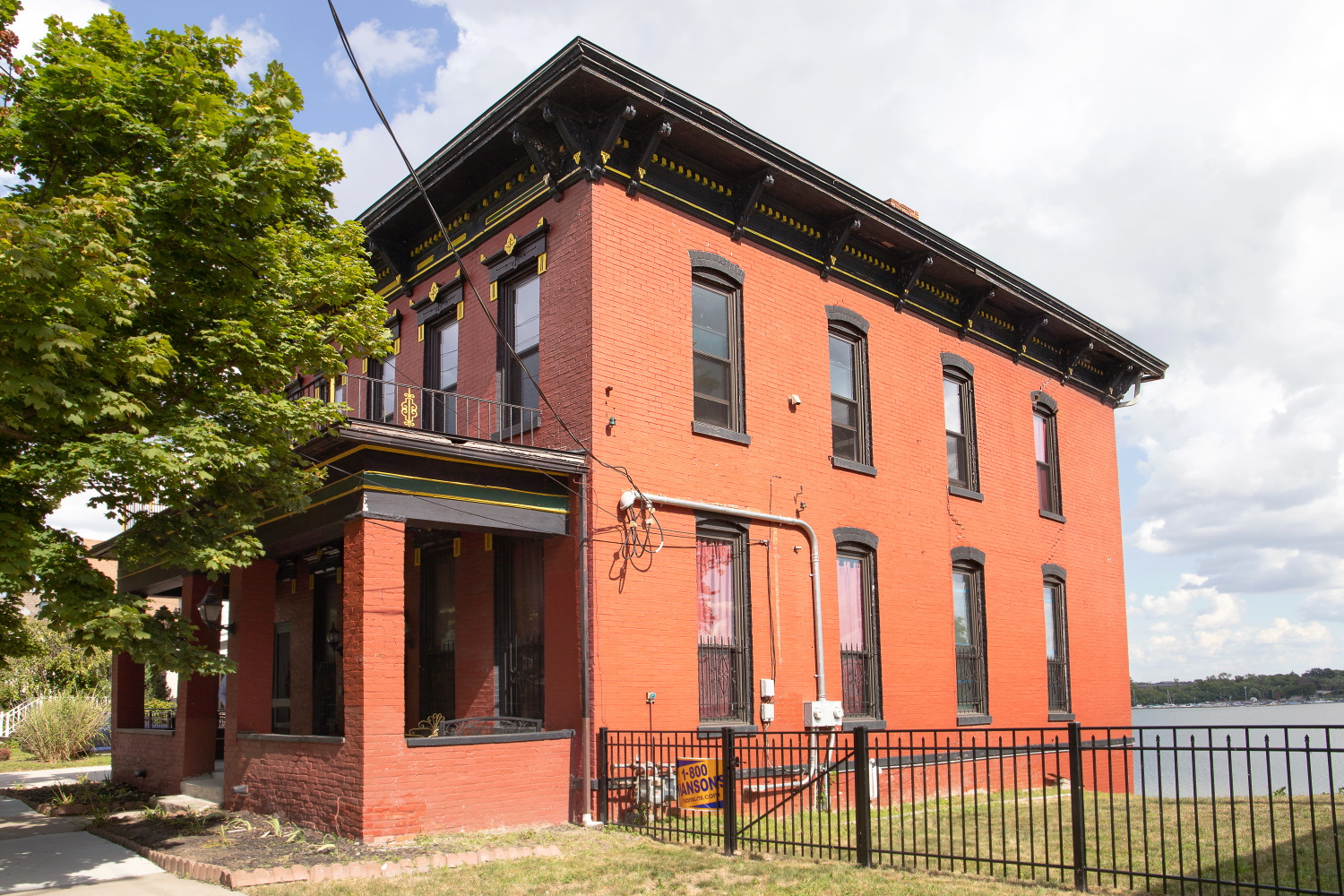 What do the Maumee river, a Prohibition-era tunnel, and a goat in a red sweater have in common?

For Nathaniel Walker, a Toledo-based human resources consultant, these are just a few of the fascinating elements of the 165-year-old mansion that he is restoring on Broadway Street in the Old South End.

The Land Bank acquired the property in the winter of 2017 after it was abandoned and donated by Fannie Mae. Years before, the building had been carved up into an intricate maze of apartments, hiding most of its unique charms behind dividing walls and make-shift rooms. Even worse, a smaller property was also donated right next door - and it was literally falling into the river.

That's right - the Maumee river. Whatever these properties lacked in maintenance, they more than made up for with beautiful riverfront views. Once the mansion was listed for sale, the Land Bank knew it wouldn't stay on the market long.

Mr. Walker stepped up and acted quickly. After accepting his offer, he got to work turning the house into his dream home.

"I had renovated houses before. I had the money. I thought, give me the keys and let me go!" he said during a recent interview on his front porch.

But the renovation work wasn't as easy as he had thought. Happily, the Land Bank team was with him throughout as he made gradual progress.

The blighted home next door was torn down, opening up an even more incredible view of the river. The back addition was stabilized and will soon be re-sided. An apparent tunnel at the banks of the river was cleared of brush.

Wait - a tunnel? Some neighbors speculate that the property was used for rum-running during the Prohibition era. It's true that Toledo was an outpost in the bootlegging trade coming out of Detroit and Canada, so it's not impossible to believe the house had this history.

Whatever the case, the house has such an assortment of pieces and parts that Mr. Walker has always had what's necessary to make his restoration work. "Many have said that the house always gives someone what they need, and that's true for me too," he said.

Mr. Walker and his neighbors have also built a great relationship, and during times when he's away, they have helped him keep an eye on the property. "Once, I got a call that a goat in a red sweater was running around in the back. Turns out, the goat lived down the block, so no big deal." Just another eventful day at the Broadway mansion!

Taking on a project of this size is almost a full-time job, but everyone on the Land Bank's team has been impressed with Mr. Walker's commitment.

In equal measure, he's also welcomed the partnership. "I'm glad the Land Bank was there for me as a resource. It's been an adventure."

This story is the seventh in a series as we Countdown to 1500 and showcase some of the great people who are working with the Land Bank to transform their lives and their neighborhoods.